On Saturday 16th June we tried to perform a pelagic trip aboard of the 'Chasula', but heavy swell (2.5 m wave, 8 s period) was not good for sailing beyond 1,5 miles NW Sálvora island. However, we managed to see the first Cory's shearwaters (Calonectris diomedea) of 2012 for Seabirds Galicia and an early sooty shearwater (Puffinus griseus), well photographed near Sagres island. Highlights were also 3 bottle-nosed dolphins (Tursiops truncatus) near Cambados and summering ruddy turnstones (Arenaria interpres), great cormorant (Phalacrocorax carbo) and lesser black-backed gull (Larus fuscus), the last being (probable) breeding birds for the nearby Sálvora archipelago.

Up to 13 species of birds and 1 marine mammal were recorded (minimum numbers are given, in italic approximate numbers, in bold, more interesting records):


First at all, a brief report of the pelagic:

"Around 8:10 h we departed from O Grove harbour, and soon we spotted some bottle-nosed dolphins (Tursiops truncatus) at Cambados channel; those individuals did not showed well as in other pelagics, performing a shy and untrusted behaviour; thus, we decided to follow the route towars outer ría. As it was spected, waves were high (2.5 m) and had a short period, due to heavy winds of the former day, and a shift in wind direction. However, we tried 'chumming' 1.5 miles off SW Sálvora island around 10:10 h, attacting Balearic shearwaters (Puffinus mauretanicus), shags (Phalacrocorax aristotelis), Northern gannets (Morus bassanus) and yellow-legged gulls (Larus michahellis). Due to unsuitable situation of the sea, we decided to enter again at the ría, out of the Atlantic Islands NP waters, and we perform again some 'chumming' near Noro islet, with some shearwaters and gulls as guests. After a short time, we tried again the pelagic by the beautiful and legend-bearing outermost channel of Sálvora. Around 12:00 h, 1.5 miles off NW Sálvora, with a quiter sea, we left the 'chum' we still had, and we attracted Balearic and Cory's shearwaters (Calonectris diomedea), along with an early sooty shearwater (Puffinus griseus). Back in the ría, near Noro, we enjoyed pod razors (Ensis siliqua), ecological potatoes from Martín "Peixe" and canned sardines. After the expedition, we returned to harbour around 15:00 h".

And some pictures, all of them (c) Xosé Luis Fernández Carnero, but the last one, being (c) C. D. Romay Cousido: 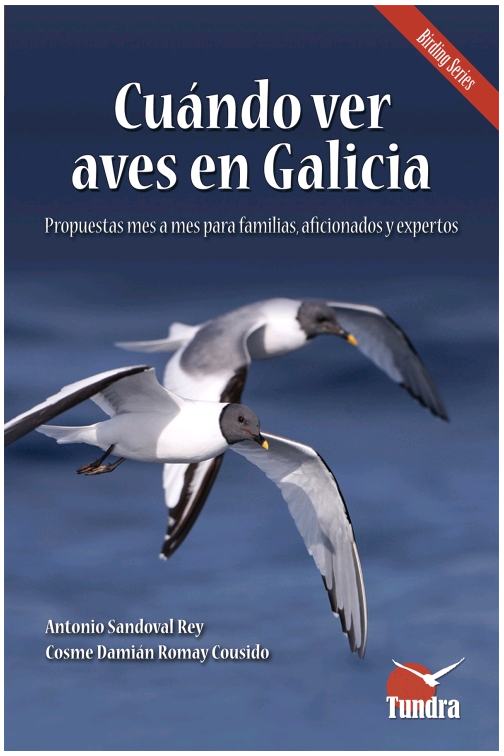